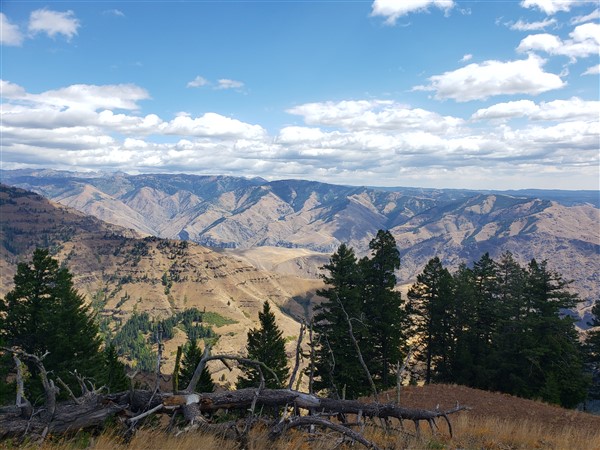 Here’s the backstory first: I was negotiating on behalf of one of my Concierge RV clients for a high end Class B+ van. As many of my readers know by now, I run my own Concierge RV Buying (and Selling) Service. My goal through my service is to wear several hats: advisor, consultant, negotiator, and “protector of rights” – throughout the entire purchase process. You can learn more about my service HERE.

For this particular client, on this camper, I was dealing with a salesman I’ve worked with before at a reputable dealership – and have negotiated some pretty good deals with before (for my clients.) On this day in late April 2021, and for this camper, he told me the camper has a MSRP (suggested retail price) of $173,000., but for your client they can have it for $182,500.

He was willing to give me a “deal” that amounted to about $10k OVER list (MSRP) price!! AND – he told me that I could make a bonafide offer to him to bring to his manager and he would not accept ANYTHING less than the figure he gave me! In “normal” times, I could get this camper for my client for $150,000 or less. As it turned out, the camper was bought out from under us as another salesman sold it to a different party – for $185,000!

AND… this is NOT an isolated incident! I’m actively working for several clients at this time and whether they’re at the high end like this client or looking for a $25,000. camper, sellers are getting close to what they’re asking for. It doesn’t mean I can’t get a deal, but its definitely a sellers market!

What on Earth is going on in the RV Industry when it comes to buying a RV Camper (of any type)?

Several things actually! First, unprecedented demand – largely since the nation began to open up in May 2020.

AND it continues. For example, sales in February 2021 – normally a very quiet month across much of the nation showed unprecedented strength.

Consider all the “third party components” that go into a RV when building it. For example, the RV manufacturer doesn’t make the refrigerator, the fiberglass for the walls, the lightbulbs, etc. I’m sure you get the point. Shortages and slow deliveries from suppliers have slowed the release of new campers to a trickle.

The camper I was negotiating on for my client was the ONLY NEW UNIT in the entire nation for that model! The pressure for new units has created strong demand for used campers (motorhomes, trailers, 5th wheels, etc.) – to the point where “book values” are often exceeded by THOUSANDS when a camper sells (both from dealers and private sellers.)

My client even looked across the border to Canada to find a camper – I had to warn them that in the case of the camper they were considering, which was built on a Mercedes Sprinter Chassis, once the camper was imported into the USA, it would NO LONGER CARRY A WARRANTY from Mercedes! I don’t know if this holds for Ford/Chevy/RAM, but I would not be surprised. So, if you’re thinking of (somehow) crossing the border to get a camper… think again!

Build Quality Suffers (in some)

The RV industry already has a black-eye as MANY manufacturers build a POOR QUALITY product. And it is those SAME manufacturers who have stepped even lower now. Cracked roof decking, slides that FALL OUT in brand new trailers, water tanks that FALL OUT and more are just some of the issues I’ve heard about from “these” manufacturers. (I’m very open with my clients as to who the good-guys are in the RV industry as well as the “manufacturers to avoid”, contact me and I’ll be glad to discuss specifics with you.)

Will it get better or… Could THESE be the ‘good old days’?

Unfortunately, yes. I’m not an economist, but inflation is heating up, and given how much money has been printed in the recent past to keep the economy afloat (really since 2008), its surprising that MORE inflation hasn’t surfaced. Many RV manufacturers have already had several price increases, largely due to increased parts and shipping costs – and some increases have been significant.

IF inflation is really heating up, and I’m old enough to remember 1970’s style “stagflation”, then we could see shortages of RV’s AND sharply rising prices! Again – I’m not in the futurecasting business, so, I can’t predict what things will look like in a few months.

As we enter the 2021 RV’ing season…dealers have low inventory (many are running at 25% of normal.) They know that whatever they sell, they can’t replace that camper – in some cases for 18 months! So… they’re trying to hold as close to MSRP as possible (or even ABOVE MSRP!)

Used RV campers (and trucks) are also in high demand. You really have to know what you’re doing so you don’t grossly overpay as eventually this will all end and selling a used vehicle for anywhere near what you paid will be a pipedream.

Dealers have even resorted to buying at auction – which means these days they are paying a higher price for used campers than they do when they take in a trade.

I can’t honestly tell you when the party (feeding frenzy) will end. There are way too many variables in play that could cause this to continue into the Autumn – or come to a quick and crushing end sooner. It may well continue after this Autumn! If you review my site, I wrote an article last year at about this time describing a “feeding frenzy” as I saw it – and I thought it would all end by LAST Autumn. So much for predicting the future!

As Summer approaches, how does FREE camping or camping at 1/2 price sound?

All I can say is if you feel that NOW is the time to own a camper, the broader your acceptable choices are, the more likely you (or I as your Concierge) can find you one – at a (somewhat) reasonable price. As always, use your credit wisely and if you have a good credit score (750+ for RV purchases), do everything in your power to keep that credit score! It will most definitely get you a lower interest rate and better terms. Be patient! If you can’t make a deal work for you, walk away from it and find another. Even in this current environment, there ARE some “deals” to be had!

RV purchasing season is here and WOW what a season its shaping up to be!

Enjoying the information and content? Please consider subscribing (below) to my newsletter to be advised of when new articles are posted… (I have some good stuff coming up in the near future!)

2 thoughts on “Spring 2021: Thinking of buying a RV – Camper – Trailer? Here’s what you NEED to know BEFORE you venture into the “RV Marketplace”…”