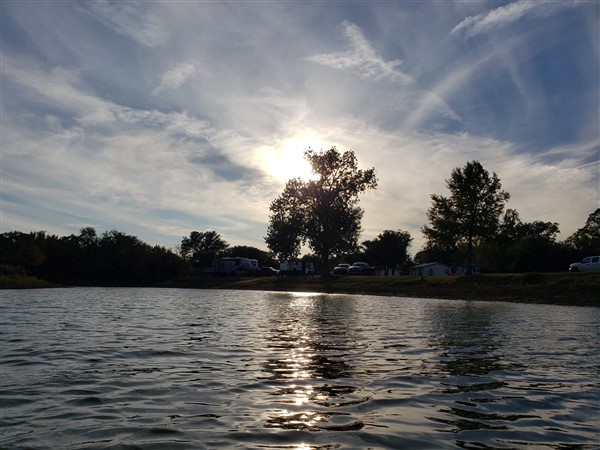 RV Life in the winter of 2020-21 in Tow, Texas – a small rural community in a very livable region

I’m going into my 10th year on the road and virtually every winter until this one was spent in ski country – skiing often (about 100 days each winter), ski teaching, and living with extreme cold that (almost) no RV camper is designed for.

This winter was different – VERY different

As early as last Summer, I realized the winter of ’20-21 was not going to work for me in ski country so I started looking for a destination that would be largely snow-free and ideally waterfront on a lake. I found an IDEAL spot in the rural village of Tow, Texas at the Texas Hills RV Haven Campground. A small, privately owned campground with Jeff and Margo as its proprietors. Great folks, excellent location, very quiet, peaceful and SAFE.

The Texas Hill Country is geographically close to Austin. Primarily north and west of the city, but access is limited by the fact that there are no multi-lane superhighways that lead to it from Austin (or any city.) Instead, its mostly two lane (and occasionally 4 lane) state and Texas farm roads that criss-cross the region. One of the things I found interesting was the speed at which Texans drive on these two lane (one lane each way) roads. Speeds often exceed 70mph, and road shoulders are often minimal. This is a factor I notice as a cyclist, I would not encourage riding these roads, though I have seen folks do it.

Lakes are another major aspect of this region. My campsite is right on Lake Buchanan, but even when driving to neighboring towns, I find myself passing along or over other lakes in the region. Incidentally, I was absolutely amazed when the inlet my camper sits along side FROZE in the recent cold wave that impacted virtually all of Texas and broke all kinds of records. After all, I’m here for the relatively MILD winter climate!

Tow (pronounced “tao”) and the local region I explored

The video above shows the region I lived in for the winter. For part of the video, I used Allstays and its features to show off campgrounds and more. Allstays is a great tool that I use regularly when planning my travels. Allstays is best on a laptop (or larger screen.) It is not free, but its worth it! The only other tool I use when locating and selecting campgrounds is campgroundreviews.com.

The towns I frequented most often included Llano, Kingsland, Burnet and Marble Falls. The latter being the largest of the three is 38 miles away, has a population of about 6000, and has a large H.E.B. grocery-market along with a Walmart (and of course more retail.) The other two towns, closer to populations of 2000 or less, have smaller groceries, a few gas stations, and a coffee shop (in each.)

For me – kayaking was a frequent (often daily) event. I did find the region to be windier than I expected, and when I saw white-caps on the lake, I chose other activities. Naturally there’s plenty of fishing at Lake Buchanan as well.

Plenty of good hiking in the region…

Hiking spots included Inks Lake SP, Balcones Canyonlands Natl Wildlife Preserve, Pace Bend Park, Enchanted Rock, and Colorado Bend SP. Burnet also has a YMCA where you can swim if you take out a $40. monthly membership. I declined due to limited lap swimming hours and a fairly healthy distance between my campground and Burnet – it was not a drive I planned to make daily or even 3x/week.

The winter climate here is nearly ideal. Daytime temperatures average around 65 (typically give or take 10 degrees), and early morning lows near freezing – with some mornings as cold as 20F. There was often a thick frost upon waking, but within an hour or two (at most) of morning sun, it was gone and temperatures were then quite moderate for the rest of the day. Of course, the week of the cold wave was quite different with temperatures remaining below freezing for more than a week and actually bottoming out below 0F! Most days were sunny. Rain was relatively rare, and snow/ice only occurred about three times.

My plan is to depart on March 1, but It is my understanding that this region is at the southern end of “tornado alley” – the season for which starts in March. Also in March, Spring arrives and along with it COPIOUS amounts of POLLEN, followed by HEAT by May and extreme heat in the summer with high temperatures often seen well above 100F (with HIGH humidity.) So, my stay here from November through the end of February, I believe is clearly the BEST weather of the year!

There are MANY campgrounds in this region. Please review some in the video above. Of note, Texas Hills RV Haven and Oasis were two of the best waterfront campgrounds. I’ll leave it to you, as I did to use Allstays to identify other potential campgrounds that meet your needs should you choose to visit this region.

On or about March 1, I’m heading west to Sonora then Alpine (if I can get a site.) My goal is Colorado by sometime in Spring – if for no other reason than to pick up my new trike!! Then South Dakota (Rapid City area) for a FreedomFest conference (yay!!) in July (and a few more obligations to take care of while I’m there for the month.)

A quick note about HEALTH…

I read a book called the “China Study” – it has GREATLY impacted my diet. Why? The author ties virtually every major ailment we face as we age (heart disease, cancer, diabetes, parkinsons…) with ANIMAL PROTEIN. He is a well respected expert and cites VERY significant and convincing evidence – evidence that was strong enough for me – a daily meat eater to switch and go virtually “cold turkey” (as they say) over to a WFPB diet. WFPB? Whole foods plant based. So… in brief, I get my protein from plants now and avoid (as much as feasible) all animal based protein. The result so far – weight loss (even though I’m NOT dieting), increased energy, and better mental clarity. See below for more details on this book…

As always, thanks for reading my “stuff”. Please do visit (and like) the video. If you’re not already, please do join my newsletter by entering your first name & email below, and know as we head into “RV’ing season”, I have identified some great accessories – virtually all of which I’ve tried or use regularly. You can learn about them here…